The members of the working group, who are in charge of developing the generic model of higher dual education, held a meeting in the premises of the Faculty of Economics on Wednesday, 8th December 2021. at 12:00 p.m. The subject of the meeting was a discussion on the draft proposal for the development of the generic model of higher dual education, as well as on the comments received from representatives of partner institutions. On that occasion, the effort that has been made so far in order to create a generic model was emphasized, and useful guidelines were given for its further improvement. With this regard, the conclusion is that in the next period special attention should be paid to the regulation of the legal framework for the implementation of higher dual education. Also, several recommendations were given with the aim to further clarify several potential doubts within the draft proposal of the model, in order to prepare the final version of the document. 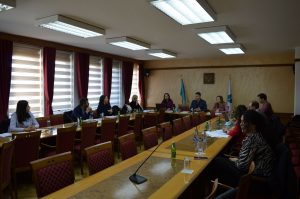 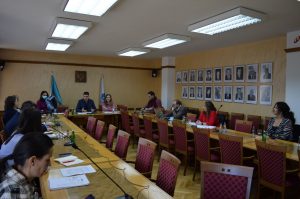 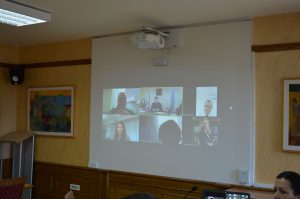